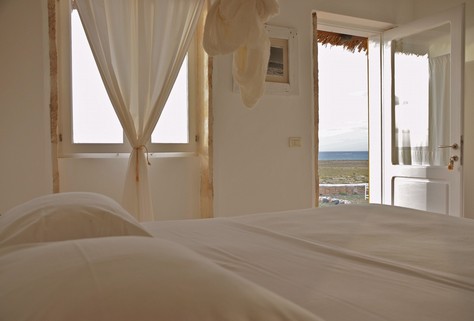 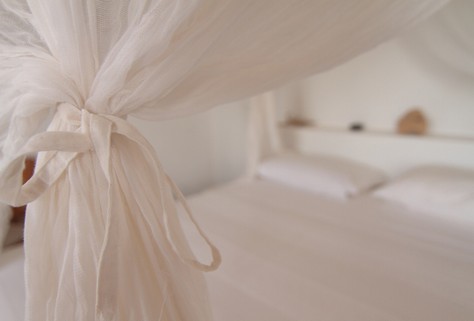 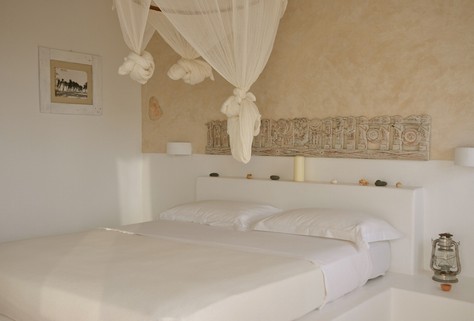 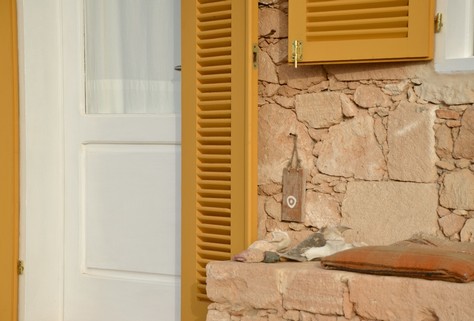 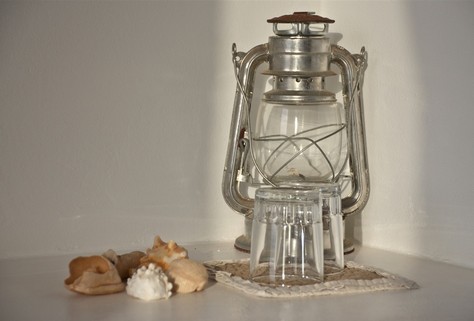 The Standard Rooms at Spinguera, your Boavista Hotel

Spinguera is your Boavista hotel, the luxury hotel of Cape Verde has standard rooms and superior rooms, but also apartments and also Villas.

Our wish is, for you to rediscover the joy, on the simple things in life.

The standard rooms are equipped with double bed queen size (160x190cm) with concrete base or on request can be placed two single mattresses.

Guests can enjoy ocean views from the room and the desert as far as the eye.

The bathrooms are complete with shower, window, bio amenities.

The water heating is guaranteed by the energy produced by solar panels.

There are hair dryers low consumption on demand.

The bedding is made of 100% cotton, white, high quality Italian.

In the rooms there are two beach towels and a custom beach bag in cotton.

Power outlets are Italian A 220V, the reception you can find adapters schuko.

Welcome to Spinguera, your Boavista Hotel. Spinguera is not a cheap hotel in Cape Verde, it's better known as an ecolodge or a beautiful resort where you can relax yourself in front of the beach or in front of the Desert or simply organize your days through walks, trekking, boating, fishing, surf, windsurf, kitesurf, snorkeing, diving, kayak or simply by renting a motorquad. Reserve your stay in Boavista, book your caboverdian holidays now at Spinguera.

Spinguera is locate in the Boavista Hotel, in Espinguera region in the north of the Island and directly next to the beach of Espinguera. Enjoy the beautyness of the Cape Verde islands now.

The Boavista Island in Cape Verde

The luxury hotel of Cape Verde Spinguera, as we said above, is locate in Boavista island. Boavista or Boa Vista (which in Portuguese means Good View) is an island of Cape Verde, belonging to the group of the Barlavento islands. Its territory is completely in the homonymous county.

The island is 31 km from the northern end (near Ponta Antônia) to the south, and 29 km from west to east, for a total area of 620 km²; it is the third largest island in the archipelago. It is the easternmost of the Barlavento islands group, and is located 455 km west of the African coast.

The territory has undergone a progressive desertification, in fact there are two desert areas: the Viana Desert (sandy) and the Santo Tirso Desert.

The highest point on the island is Monte Estância (387 m); among the other reliefs we can mention Santo Antônio and Monte Negro. On the island flows the stream Ribeira de Rabil, subject to large floods during the rainy period.

Boa Vista was one of the less populated islands of Cape Verde, but the opening in 2007 of the international airport is a strong development in tourism. Consequence of this is also the population growth of the island (currently estimated 14,000 inhabitants, of which about 9,000 in the capital Sal Rei, where the merchant port is located). Tourism development and labor demand attracts immigrants from the other islands of the archipelago, as well as from the nearby African coasts (Senegal, Guinea Bissau, Angola, etc.). The problem of economically sustainable revenues, for the thousands of immigrants with the growing demand for labor in the tourism sector, is evident. The shantytown east of Sal Rei, where about 4,000 people live, is proof of the local administration and has not been able to handle this problem. In a country where the average monthly income is around 25,000 / 30,000 Cape Verde scudi (around 250,00 € / month) a building and trade policy comparable to European standards is not sustainable. Boa Vista is thus faced with various problems that can be summarized as: waste disposal (possible only an open air dump), various supplies (possible only by sea), healthcare, infrastructures in general.

The airport located at Rabil has become international since 2007 (33 weekly flights in all); only passenger and non-freight traffic.

There are 6 other settlements (Bofareira - Estancia de Baixo - Joao Galego - Fundo das Figueiras, Cabeça de Tarafes, Povoaçao Velha), many of them with only a few dozen inhabitants. The statement speaks locally of the Cape Verdean Creole.